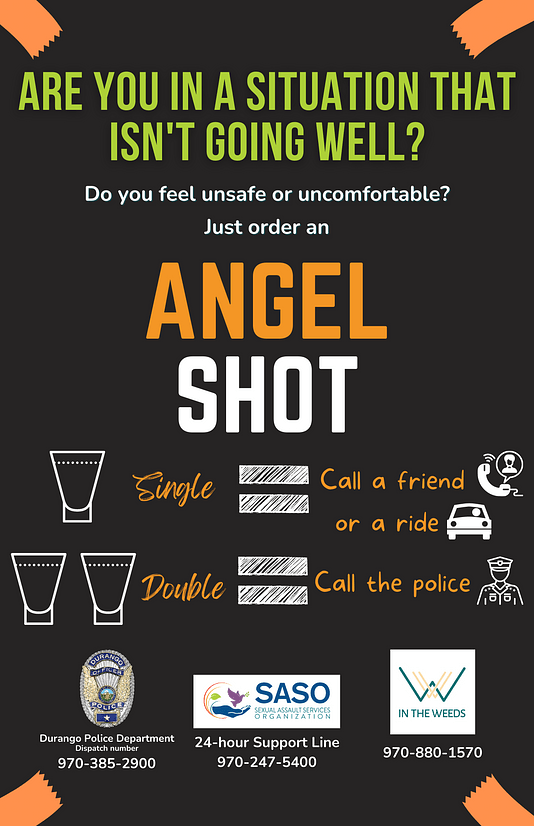 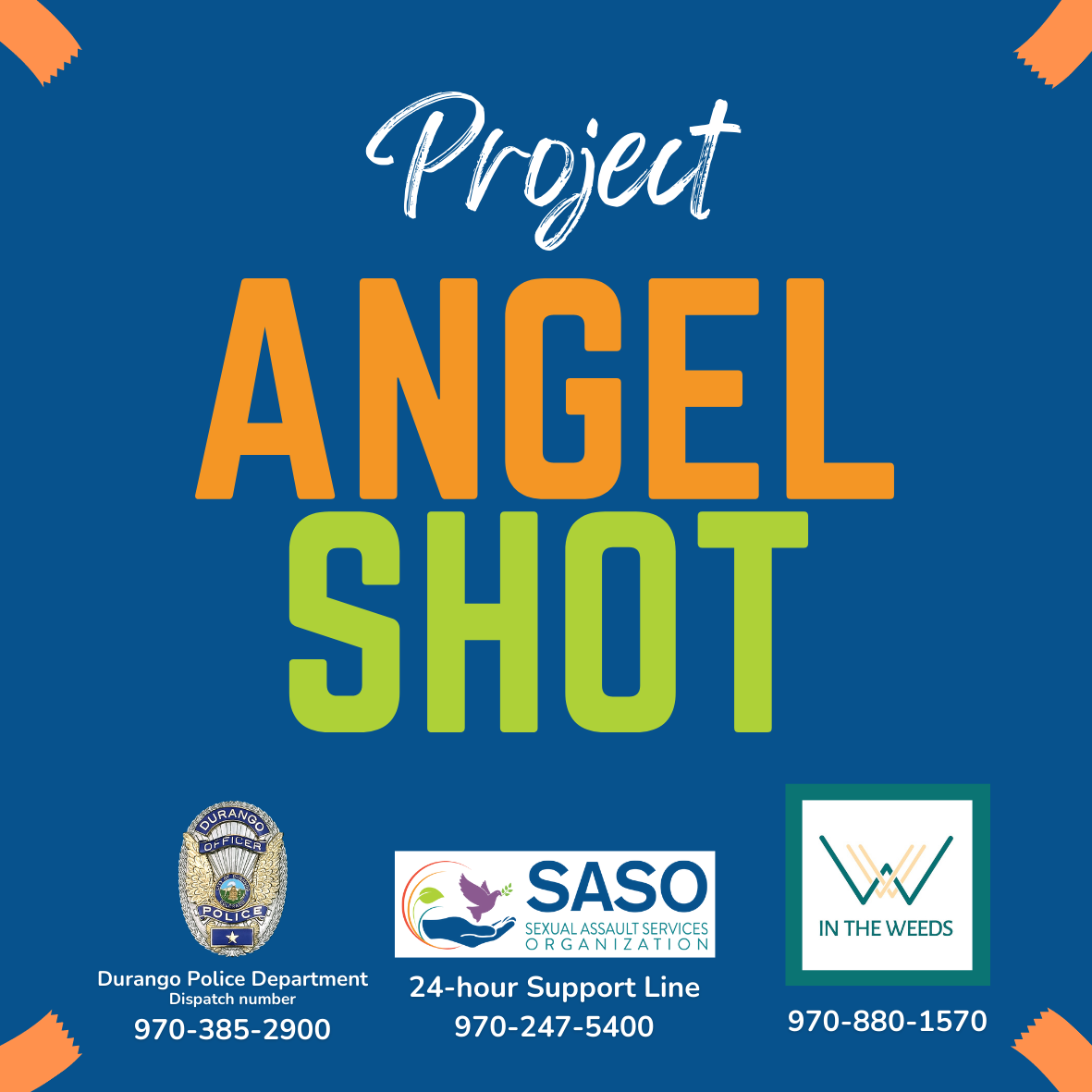 Sexual Assault Services Organization (SASO) worked within the community to implement proactive measures against sexual assault in the bar and restaurant scene. Project Angel Shot was designed to create a safer experience by working with local bars to establish discrete and accessible ways for both patrons and servers.  SASO worked side-by-side on this project with In the Weeds and the Durango Police Department (DPD) to strengthen the positive impact on the community

The project was launched in April in honor of Sexual Assault Awareness Month and consists of 2 methods for patrons to seek help.

The Single Angel Shot:
•    When ordered, the patron is notifying the bartender that they feel uncomfortable or unsafe and they need the bartender to call them a ride home by either helping them contact a friend or a taxi.
•    Dispatch may not be contacted for a single Angel Shot unless the situation escalates or in the event that no rides are available.

The Double Angel Shot:
•    When ordered, the patron is notifying the bartender that they need the Durango Police Department to be called.
•    This shot being ordered can mean that the patron feels their drink has been roofied, or that they have been sexually harassed or assaulted. They feel their safety is seriously at risk. No matter the reason, the patron wants police involvement.

With the cooperation of local establishments, we are confident that we can join together to make Durango a safer place where citizens can enjoy a night out without the risk of predatory behavior.

To be a part of the change, contact Durango SASO or In the Weeds. We look forward to hearing from you!

To be a part of the change, contact Durango SASO or In the Weeds. We look forward to hearing from you!